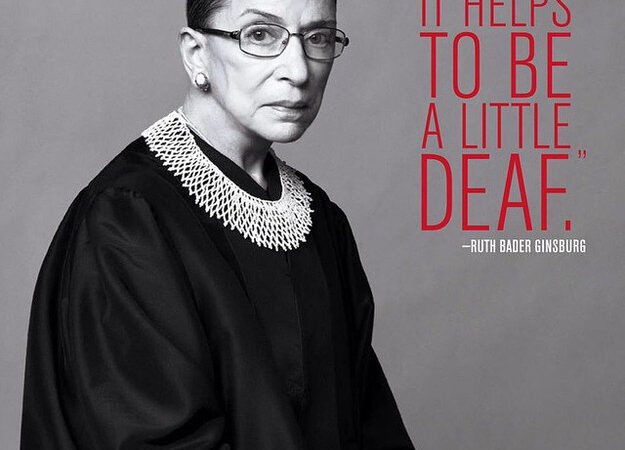 Ruth Bader Ginsburg, or RBG (the moniker given this titan of justice and empathy), was the second female U.S. Supreme Court Justice, a Court created in 1789 (that only got its second woman in 1993).

This is the highest Court in America, AND one of the three branches of US Government! Plus the nine Judges hold lifetime positions. 🗽

Former President Trump (#FPOTUS, sometimes noted as tfg, the former guy) appointed a whopping 3 of the 9 judges, including replacing RBG,

Against her express dying wish to be replaced by a New President.

In the wake of this shocking turn of events, many started checking her life and quotes.

“I hope people would think of me as a good judge who tried, with whatever ability I have, to interpret the law wisely, and to keep it in tune with the people that law exists or should exist to serve”

In a post- Roe v. Wade world, where the Supreme Court seems stacked on religion under the guise of freedom and rule of law (even striking gun safety laws in New York set in the 1900’s) I’m reminded of the constant battle between Law and Love. 

Because even though one shopkeeper was willing, the older manager chided: ‘if we let you do this, everyone will come here..”

So I ran, newborn in carriage in one hand, little son’s hand in the other, marathoning to the other side of a shopping center. (thank you, Hema!)

(And yes, I walked all the way back with these children to give that woman a small piece of my mind/heart).

Are they serving us? Or another time?

Do they serve the less fortunate, or those in need (e.g. of a toilet)? Or only certain groups with certain lifestyles or last names?

“Imagination is not only the uniquely human capacity to envision that which is not, and therefore the fount of all invention and innovation. (…) it is the power that enables us to empathize with humans whose experiences we have never shared.”

The next time you are confronted with, “We always did it like this..” or “the rule says do it thus..” will you go with that flow? Or instea take a moment to:

Put yourself in someone else’s shoes..

Or atleast, the Laws.

Hey, I’m Jasmine. Did this resonate? Or strike a nerve? Drop a comment! You can also follow me on Jasmine @JasNotes on Twitter and IG. Also the Book is Ready! Check readyforcrazy.com for more, with a release 10-10-2022, or listen to the Bookcast on anchor.fm/readyforcrazy ⚡

Netflix’s “My Octopus Teacher” : Siren on Law vs Love