I believe God can be found anywhere, from the breeze on your skin, to the wisdom of your kids. Sometimes He* makes surprise appearances in a theater or a Justin Bieber track (post coming!) and my latest encounter was during the Speed Racer film. 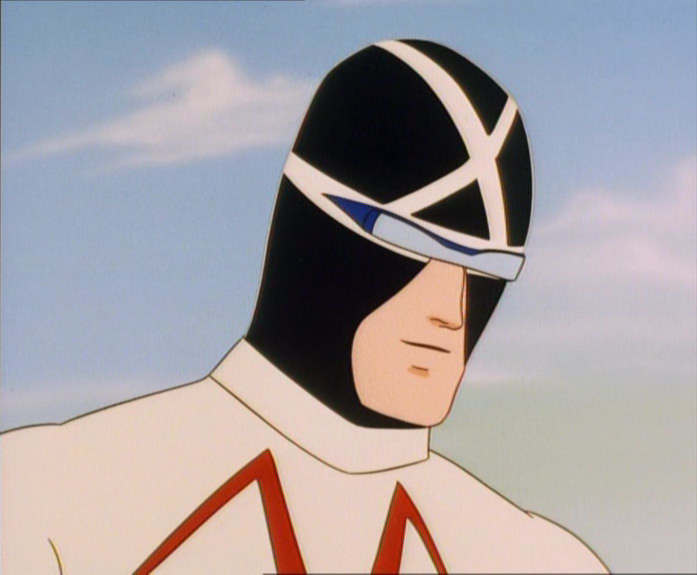 Who is that Masked Man?

Racer X, or “The Harbinger of Boom,” is a badass driver who fights injustice through racing. He often makes self-sacrifices for Speed and secretly he’s Rex Racer, Speed’s older brother.

Rex walked out on his family to race in black-market circuits and everyone thought it was for money. But the truth was that he was turning his back on all he knew and loved to go into the heart of the corrupt racing system and fight it from the inside out.

It smacked of Jesus and a misunderstood God. If we believe the gospel (literally “good news”) we believe God was willing to trade heavenly glory and pain-free living to get in the dirt of our humanity, even to hell itself, to show Love’s depth and throw us all a lifeline.

But how can we believe in a “Good God” in a Bad World?

Rex gains a rep for being a dirty driver, even going on trial for it, and the family can barely watch the races. But the night he first leaves the Racer home, he forewarns his little brother:

“..(Speed), one day people might say things about me… but no matter what they say, I hope you never believe them…. “

It can be hard (excruciating) to have faith in the idea of a good God amidst all the pain, suffering, and flat-out horror we see and/or experience. And some think the state of the world is proof God doesn’t exist. But that misses our God-given Freedom to totally wreck and destroy everything– from hearts, bodies, and spirits of fellow man, woman, and child, to all creation, from the smallest bee to the largest ice sheet.

Sure, God could grab our hand or hold our tongue everytime we were  going to blow it, and the world would be a “better” place for it, but the world would also be Fake. We would simply be slaves controlled by a Master, no Love required. And that can’t fly since God is Love (1 John 4:16).

Love by it’s very nature requires Freedom–birds are not built for cages. So another solution was needed (enter Jesus)…

Possibly confined by his bad reputation, or aware that his fight would jeopardize his family, Rex fakes his death and sacrificed his very “self,” getting facial surgery to wipe all traces of Rex Racer. 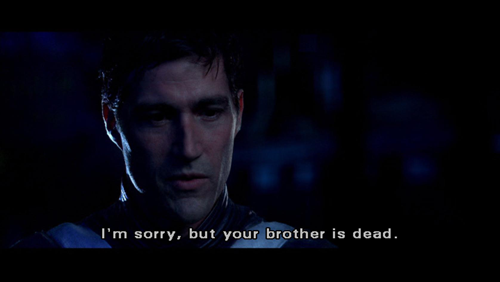 Jesus thinks of us all as his brethren (Matthew 25:40), and as the loving, “older” brother, the so-called ‘first born,‘ we see him working behind the scenes, like Racer X, on our behalf–first in the Old Testament and more blatantly in the New. The end result was total self-sacrifice for the benefit of his family (you, me and every other creature on the planet).

So what good is a Big Brother?

When you watch the film thinking about Racer X like Jesus, it makes the counsel and encouragements he shares with Speed more powerful. Stay tuned for Part 2 with Racer X’s insights for life with passion and purpose.

[for fun/sneak peak, check the clip below, or watch the film!]

*I use He/His as pronouns for God, but fully recognize God with male and female ‘identity,’ for lack of a better word. This is evidenced clearly in the Bible and blatantly through the human race. Read more here (2-part blog post, “Transgender God”).